To create a Neoteric Bevy, one or more learners submits a proposal to Leadership. Leadership invites discussion about the proposed bevy and assesses learner interest. If the proposal passes, a new bevy is born. Because bevies are created by learners based on their interests, they are an ever-evolving part of ACLC's school culture.
Click below to explore some popular past and present bevies.

Exploring the world of Japanese cartoons and computer animation, this bevy watches and discusses anime and manga, and cosplays (costume plays) various characters. 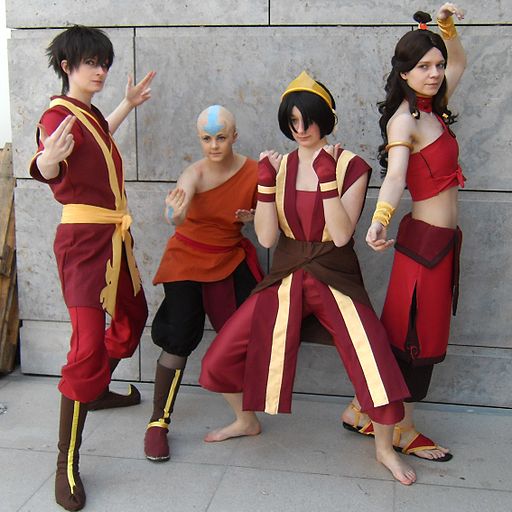 Members of the Basketball bevy play basketball in the gym and do various drills to strengthen their skills. Most of the time, the bevy plays actual games with its members split into two teams. This bevy is limited to 20 members.

Play the classic family board games and discover new ones too!

Are you a comic book fan? Share and trade with others ... maybe design and draw your own?

Creativity bevy is a rules-free space for learners to draw, color, and express their artistic side.

Unlike in traditional schools where school officials plan the dances, ACLC has a bevy do it.  In Dance Committee learners work together to create unique and fun dances, including some that involve our sister school Nea. The learners find DJ's, sponsors, arrange for catering and create decorations all on their own! Members of this bevy get into the ACLC dances free, because they deserve it!

Designed with project-based learning and a hands-on approach in mind, members of this bevy gain expertise in electronics. One of the first projects in this bevy was learning the science behind the workings of ACLC's 3D printer.

If you enjoy watching films, television shows, relaxing, or you simply want to vibe then Entertainment Bevy is the perfect bevy for you!

Scrapbooking was a thing of the past, but recently has been revived in new and creative ways. This bevy binds books with beautiful paper and helps members create art in journals they have personally designed. Their artwork is beautiful, and includes recycling in a very aesthetic way.

This bevy helps members learn how to do art in an alternative way: not with pen or pencil, but using a computer. Members find various websites that teach them how to make beautiful artwork electronically.

This is a trading card game created by Richard Garfield. Magic was the first trading card game produced (1993) and it continues to thrive, with approximately thirty-five million players as of 2018. This bevy trades cards and plays the game.

Minecraft is a Sandbox Independent video game originally created by Swedish programmer Markus "Notch" Persson and later developed and published by the Swedish company Mojang. Although learners are usually not allowed to play video games at school, Minecraft Bevy members can play the pocket edition when the Bevy meets. Bevy members also discuss and share strategies for improving their Minecraft character and gaming skills.

The most popular bevy of them all! It's an ACLC tradition.

ACLC's Gender Sexuality Alliance.  Learners who want to provide a safe and supportive environment for non-binary and LGBTQ youth and their cisgender and straight allies. Bevies change with the times--in the past GSA stood for Gay Straight Alliance.

This is a youth organization created to support the Red Cross. Learners volunteer their time and can get more involved in the Alameda community!

The Skateboard Bevy is a place for the skateboarding community at ACLC to get together and discuss tricks, spots, watch videos, and plan adventures to local skateparks.

This hard-working bevy publishes the ACLC journal, Speakeasy, four times a year, once per season. The bevy showcases learner creativity in the form of articles, stories, poems, drawings, photography, humor and more. In addition, members practice editing and layout skills, teamwork, and meeting hard deadlines. Check out past Speakeasy issues with the links below:

This bevy writes, edits and publishes the ACLC yearbook. Their hard work makes it a pleasure to see ACLC's yearbook every year!